LHG’s Annual Conference 2019 Fringe heard from a series of speakers, each addressing the theme “Time for a public housing revolution“.

John Healey (Shadow Secretary of State for Housing) reminded us that we need, in the forthcoming General Election, to focus on the difference that Labour can make to people’s lives. We will ensure that decent, affordable, secure homes can be provided for a wide range of people – not just providing a welfare safety net, but public housing for anyone who wants it.

The current housing crisis is a direct result of Tory policies, who have no plans to fix the crisis. They fail to stand up to big developers and landlords.

Labour has built on the 2017 manifesto, with plans for:

John reminded the audience that we need to talk about housing on the doorstep, to get across that only Labour can put in place what is needed, using common sense, and giving people hope once more.

Greg Beales (Shelter) spoke about the critical need for fundamental change to the housing system, needed as a result of deep-seated policy failure. A challenge to big vested interests is crucial, to produce affordable and secure housing. Public housing in Britain is an incredible institution when done properly, and the payback will be of benefit to us all. It is also vital that the new Department of Housing rethinks how they will support housing infrastructure, and delivers major investment in the sector.

Emma Dent Coad MP drew on her knowledge of the disaster at Grenfell, and called for a radical review of housing finance to support public housing. Money has been haemorrhaging from building homes, resulting in very poor space standards in new developments. In addition, poor maintenance and management, some appalling records on repairs, and a lack of accountability from a number of Housing Associations, has left many tenants feeling very dissatisfied. There need to be closer links between tenants and managers, and tenants treated as equals.

Gavin Smart (Chartered Institute of Housing) noted that neither access, choice, suitability, location nor affordability were working as they should in public housing at the moment. We need to reclaim the tenure as one of aspiration and opportunity, there for as long as people need it. All providers need to play a part – local authorities and Housing Associations – with rent certainty, and freedom to raise rents and make use of other public investment. Alongside this, we must end the Right To Buy, develop a new Decent Homes Standard and a new allocations system, and attack the stigma experienced within the public housing sector.

Councillor Ian Henderson was able to celebrate the fact that the Sutton Estate in Chelsea is now not to be demolished, and spoke about the long term damage done to whole communities when decisions are taken to tear down public housing. In part, the problem is caused by VAT being charged for refurbishment works, so that demolition is a cheaper option. He felt that Housing Associations would be better brought back under local authority control, with tenants on all Boards (with payment for loss of earnings), and a drive to ensure that public housing is once again affordable.

Andy Winter (Brighton Housing Trust) told the meeting about the current housing crisis in Brighton, a city with little land for new building but a growing need, with two universities and constant movement from London to the South coast. Rents in the growing private rented sector in the city are extremely high, while 1 in 7 of former council houses are now privately rented. He called for grant rates for Housing Associations to rise to enable them to build, the Local Housing Allowance to rise so that people on benefit are once more able to afford their rents, an increase in investment in advice services, and a massive programme of council house building.

Questions and comments from the audience covered a wide range of topics, including: 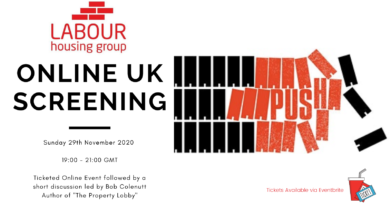 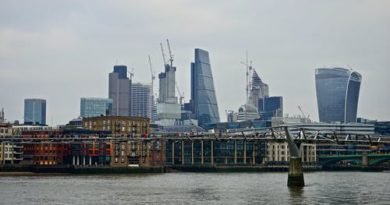