Members of LHG are currently being consulted by the Executive about which candidates they wish us to nominate (if any) for Leader and Deputy Leader. We also intend to conduct a housing hustings with the candidates for the Leader’s post – either in person or through questions which we will publish on the website and elsewhere.

In the meantime, Keir Starmer, one of the candidates to be Leader, has sent a letter setting out his stall.

LHG does not endorse any candidacy until after our ballot amongst members is completed, but we are delighted to have heard from at least one candidate expressing clear support for a progressive housing policy.

If any other candidates want to write to us, we will be pleased to publish their contributions to the debate too.

At the last election I was proud to stand on a manifesto that included radical but deliverable housing policies that would have addressed the housing crisis.

Instead, the Conservatives will continue to exacerbate a crisis of their own making: rough sleeping more than doubled over a decade, house prices deliberately stoked up, thousands sitting on waiting lists for social housing, private renters with too few powers over their own homes, and flammable cladding still standing on high-rise buildings years after the tragedy at Grenfell.

My frustration is that the solutions to the housing crisis are clear enough, they are just opposed by the Conservative Party. We need to:

• Stop viewing housing as a financial asset first and a decent, affordable and secure home second.
• Accept that there cannot be a solution without a new generation of council and social homes in every community.
• Promote and support high quality development as a source of renewal for our communities in all parts of the country.
• Give private renters the rights and powers they deserve, including indefinite tenancies and rent controls.
• Tackle the climate crisis and the housing crisis at the same time by insisting on zero carbon new builds and upgrading the existing stock.
• Insist on good quality, sustainable homes, not the slum housing that the Tories allow through ‘permitted development’ rights for office blocks.
• End the national shame of rough sleeping and homelessness, which is a direct result of Tory policies since 2010.

I am proud to have the nomination of my friend and shadow cabinet colleague John Healey, and also the support of his full frontbench housing team. If elected leader, I look forward to working hand in hand with the Labour Housing Group to develop Labour’s housing agenda, as John has.
An end to the housing crisis is possible, but only with a Labour Government in power. 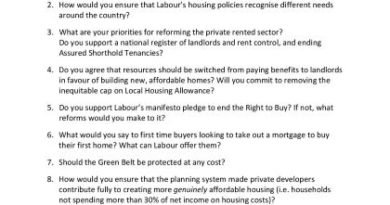 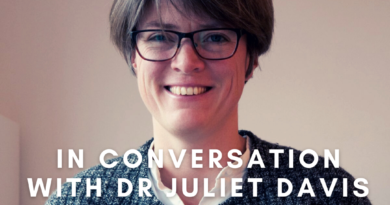